The Soul of Sweetgrass

Learn the art of sweetgrass basket weaving from a Lowcountry native at Wild Dunes Resort.

By: Corey Scarano, from 5757 Palm Magazine

The decorative sweetgrass baskets you see displayed in Charleston City Market or along Highway 17 in Mount Pleasant may look empty to you. But to master basket maker Sarah Edwards-Hammond, these intricately coiled vessels are brimming with 300 years of Gullah heritage in need of preservation.

At first, you might think that Sarah Edwards-Hammond’s workspace is a bit unconventional. While most artists work within the four walls of a studio or workshop, her preferred place to create is along a seven-mile stretch of Highway 17, which runs through Mount Pleasant, South Carolina. You see, this highway – informally known at the “Sweetgrass Basket Maker’s Highway,” – is more than just a road. It’s an epicenter of Gullah culture, and the same site that, as an 8-year-old, Edwards-Hammond first learned the art of making sweetgrass baskets from her mother and fellow Gullah elders. Today, at 68, you can still expect to see her, along with dozens of other basket sewers, sitting beside their roadside stands hung with various basket designs for sale. And while it’s no longer the quaint corridor of her day – the six-lane highway is known for heavy traffic and narrow shoulders – that doesn’t stop Edwards-Hammond from tirelessly working to keep this craft alive. 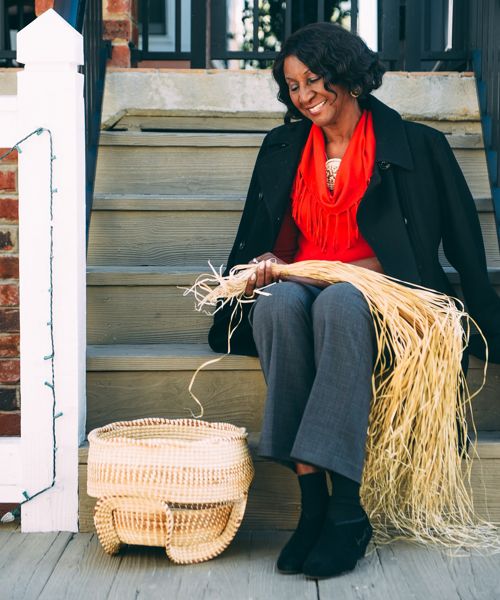 “I have five generations of family that have made baskets,” says Edwards-Hammond. “To us, this is more than a basket. It’s a means of keeping our culture, our history, alive.”

Sweetgrass baskets may be viewed as much a part of the Lowcountry as she-crab soup and pluff mud, but the tradition actually derives from somewhere more distant: West Africa, where, in the seventeenth century, West African natives were enslaved and transported across the Atlantic to cultivate rice on the southeastern coast. Naturally, their basket making skills came with them, and materials – sweetgrass, bulrush, pine needles, and palmetto palm – found in the Lowcountry fields of Charleston, were used to make similar baskets, which became essential tools on the plantations for their ability to hold water without it seeping through. Eventually, the Civil War and Emancipation brought a transformation in sweetgrass basket making, evolving it from an agricultural craft to an art form produced for sale.

What makes sweetgrass baskets such a distinct art is that they aren’t made using typical weaving techniques like plaiting or twisting, found in other parts of the world. Instead, these baskets rely on the unique tradition of coiling, where dried khaki-colored sweetgrass is tightly bundled together and coiled in circles. Thin strands of palmetto fronds are then “sewed” in (with a tool known as a “nail bone”) and are what bind the sweetgrass coils together to hold the entire piece in place. Added decorative elements come in the form of woven-in brown tones from bulrush and pine needles. As a result, “no two baskets ever come out alike,” says Edwards-Hammond. 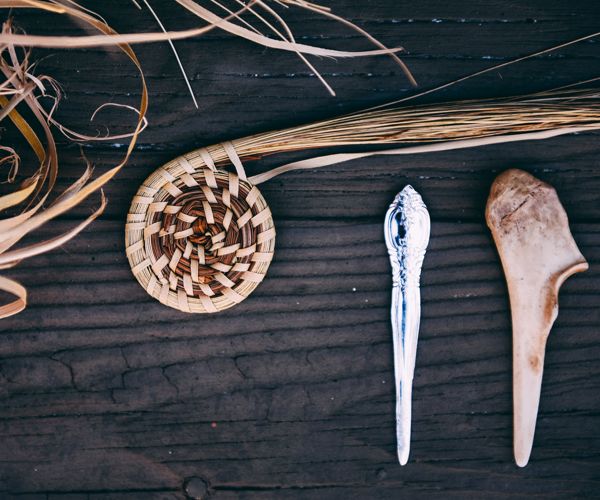 A basket along Highway 17 may have been $3 in the ‘50s, but now it could cost anywhere from $90 to $300. That’s owed to the time-consuming nature of sewing (a medium sized basket can take an upwards of nine hours to complete without a break), as well as a lack in local materials owed to urbanization.

“It’s often said to be a dying art form because none of the young are interested,” says Edwards-Hammond. “But I am finding the younger people are interested, it’s just not the same amount.”

Luckily, the learning of this craft isn’t restricted just to the Gullah community. Year-round, Edwards-Hammond offers two to four hour classes to guests of Wild Dunes Resort, where they learn such skills as how to start a basket, coil the sweetgrass, and use the nail bone to sew in the palmetto fronds.  The result is a roughly five inch wide, two inch tall basket that each guest takes home. But more than that, it’s an opportunity to glimpse what this pastime is really all about: the preservation of a community – Gullah and beyond.

“Sewing baskets is a very soothing activity,” says Edwards-Hammond, “where you feel at ease and ultimately bond with those around you.”