So You Think You Know Lowcountry Cooking?

Wood isn't just the foundation of the barbecue flavor in the Lowcountry, and at Wild Dunes Resort's barbecue joint, Billy G's Smokehouse, it's the floors, walls, ceilings, and roof. Do what you want with the rubs and sauces (Billy G's boasts eight distinctive varieties); its isn't true Lowcountry barbecue unless the mighty pecan tree is the star of the smoker.

Slowly smoking meat with wood is one of the oldest food traditions in the Carolinas. It dates back to the local Native American tribes who cooked their food using open flames and wooden racks, often built out of the area's abundant pecan wood. The wood bestowed a distinctly sweet and nutty flavor - one that colonizing sixteenth-century Spaniards couldn't get enough of when they used the technique in the Lowcountry to roast their pigs, an animal they first introduced to the continent in the mid-1500s. Barbecue was born.

As other settlers came to the area, they brought and developed their own takes on barbecue, making the Lowcountry into the region with the most diverse array of barbecue sauces, meats, and spice rubs. But none of those additions - not even the ubiquitous German-influenced "Carolina gold" sauce - have usurped pecan wood as the one true constant of authentic Lowcountry barbecue pits.

If you ask a true Lowcountry chef for some "barbecue," you're going to get pork on your plate. Everything else is referred to as "barbecued" meat, like "barbecued beef" or "barbecued chicken." 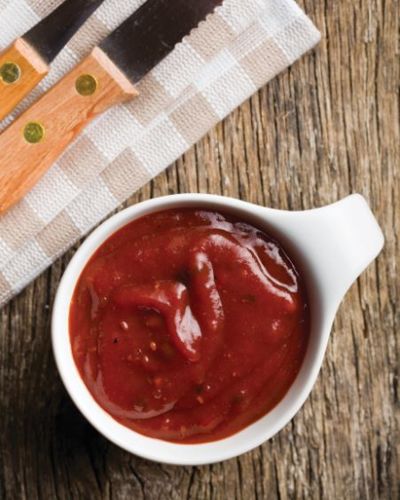 Cut an X in the bottom of each peach, then blanch for 25 seconds in a medium saucepan of boiling water. Use a slotted spoon to transfer peaches to a bowl of ice water, and cool. Peel, and roughly chop.

Sweat onion and jalapenos in oil in heavy medium saucepan over medium-high heat, stirring occasionally until soft and translucent (about 8 to 10 minutes).

Puree in blender (use caution while handling hot liquids), and season with salt and pepper.

Chill completely before use.