For more than 800 years, the Roaring Fork Valley was inhabited by the Ute Indian Tribe. Then, in 1879, the first mining prospectors began to arrive in this area, which would soon become known as Aspen. Upon their arrival they quickly discovered the area was brimming with massive deposits of silver ore. And for the next 14 years, Aspen’s fortunes rose as it went on to produce 1/6th of the nation’s and 1/16th of the world’s total silver supply. At the peak of the silver rush in 1893, Aspen’s population hovered between 10 and 16 thousand residents. However, when Congress repealed the Sherman Silver Act, effectively demonetizing silver, Aspen began a long downward slide.

Years later in 1936, a glimmer of hope arrived in Aspen in the form of a burgeoning winter sport that utilized the area’s abundant natural resources, light snow, and dramatic terrain. That sport? Skiing. Unfortunately, the hope for an Aspen revival that skiing brought forth was put on hold by the onset of WWII.

During the war’s early years, a group of soldiers called the 10th Mountain Division were stationed at Camp Hale near Leadville. These men frequently used the Aspen area for training exercises, and the stunning landscape they found here clearly left an impression.

After the war, in 1945, many of the 10th Mountain Division veterans returned to Aspen where they began to develop the area as a skiing destination. Around the same time, an affluent Chicago couple named Walter and Elizabeth Paepcke arrived in Aspen.

With them came the vision, culture, and financial backing that would position modern Aspen as a place where the mind, body, and spirit could flourish. Soon after, in 1946, the Paepckes and the 10th Mountain Division veterans formed the Aspen Skiing Corporation. By the end of that year, on December 14, 1946, Lift-1 was unofficially opened to the public.

By 1996, the area was revered as a world-class winter destination. That year, Aspen Skiing Company marked its 50th Anniversary with more than 4,700 acres of skiable terrain across four mountains.

In 1997, Snowmass celebrated 30 years of skiing by opening The Cirque, which became the nation’s longest lift-served vertical rise of 4,406 feet. This lift was built with the surrounding environment in mind, operating solely on clean, renewable wind power. The 2017-2018 winter season was a celebration of 50 years of skiing in Snowmass.

This year marks the long-awaited opening of Snowmass Base Village, a pedestrian-only community at the bottom of the mountain with plenty of family friendly activities, restaurants, shops, and more.

Today, the Aspen Snowmass area – home to our quintessential Colorado resort – continues to be a destination for those looking to refresh mind, body, and spirit. We hope you will enjoy discovering the destination and immersing yourself in the local culture. Please let us know how we can help.

Thanks to the Aspen Historical Society for sharing their knowledge of the area. 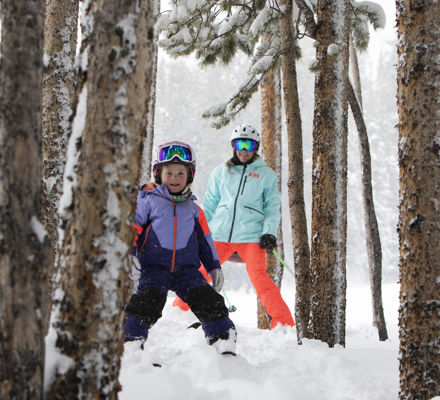 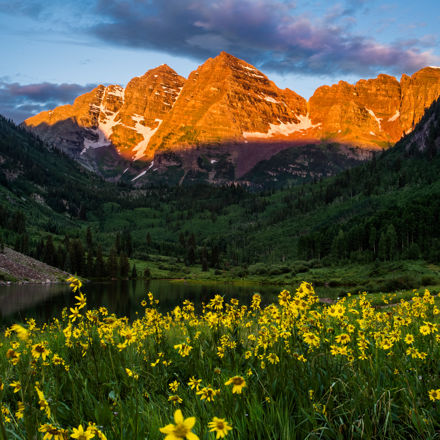 Maroon Bells Wilderness in Snowmass, Colorado
Make Our Destination Yours
Destination Hotels.com
View All On Map