We’ve all seen pictures of the Space Needle and the Pike Place Market sign. We know all about glistening Elliott Bay, the Seattle Art Museum, and the intricate Olympic Sculpture Park, as well as the lush green trees that have earned Seattle its “Emerald City” moniker. And while each of these attractions is an integral part of a weekend trip to Seattle and just steps from Motif Seattle, they’re also only a small (albeit popular) part of what makes Seattle a must-visit for city lovers from around the globe.


Like most cities, truly experiencing Seattle is all about the secrets. It’s about the hole-in-the-walls, the locals only, the soul of the city that you can really only stumble upon. The good news? This spirit lives in Seattle’s more underrated attractions that reinforce what it means to be a Seattleite. 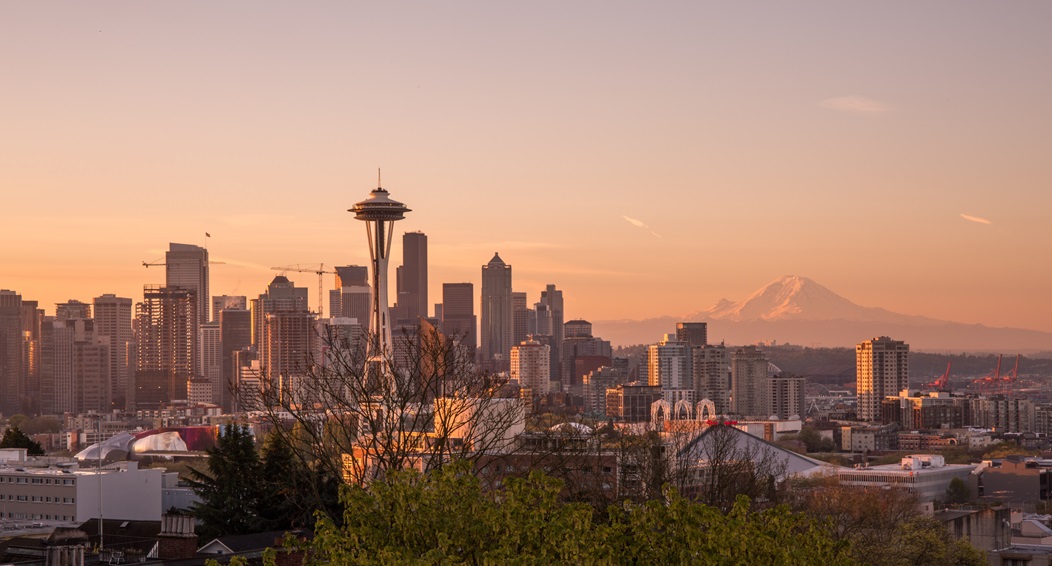 Like these sights, Seattle is a city of contradictions. It’s the perceived rainy day capital of the world, yet it's also home to breathtaking beaches. It’s known for its unbeatable craft coffee scene, and yet craft beer is today’s true talk of the town. It’s a city that’s known for the Space Needle (and the uninterrupted views that come with it), yet is truly defined by the lesser known sights that give Seattle its edge. These are a few of our favorites.

Seattle isn’t known for its beaches, but it should be. Beaches in the Pacific Northwest are unlike beaches in any other locale. They’re rocky and barnacle-y and sandy in equal measure, but their beauty is also unique to Washington--which is exactly why they’re worth a visit. Alki Beach is one of the most well-known, and coincidentally the closest to downtown Seattle.


This 2.5-mile strip of beach runs from Alki Point to Duwamish Head, right along Elliott Bay. It’s no white sand beach, but the fact that you’ll find people walking the beach rain or shine is really as Washington as it gets. Seagulls, mussels, and crabs call Alki Beach home, so if you haven’t yet experienced Pacific Northwest wildlife, you will once you visit Alki. It doesn’t hurt that cafes and lunch spots have cropped up along the shore, presenting all the makings of a peaceful beachfront afternoon.

Seattle has parks aplenty, but none are as much of a Seattle signature as Gas Works Park. The former site of an oil plant, Gas Works' 20 acres now include a sprawling park and picnic facilities, as well as vibrant city views across Lake Union. Gas Works is particularly memorable on clear days when Seattle and the Space Needle stand out against a bright blue backdrop.


Structures throughout the park harken to its oil plant history, giving Gas Works its unique personality. In the spring, summer, and fall, you’ll find Seattleites young and old picnic-ing, playing soccer, tossing frisbees, or simply relaxing in the afternoon sun. Its unique vantage point across from the city also makes it a great location for holidays like Fourth of July and New Year’s Eve, when fireworks are launched from the top of the Space Needle itself creating an unbeatable view.

Pike Place “Down Under”

Pike Place is known for the brick streets, red neon sign, and salmon tosses every hour on the hour. Here, locals and tourists alike snap photos with fresh bouquets of flowers almost too large to hold, as well as vibrant fruit and vegetable stalls that liven up the entire market. Though sometimes overshadowed by the “original” Starbucks across the street, Pike Place wares are true to Seattle’s artisan scene and lend themselves to Pike Place’s reputation as one of the best farmers markets in the country. But that’s only the first floor. 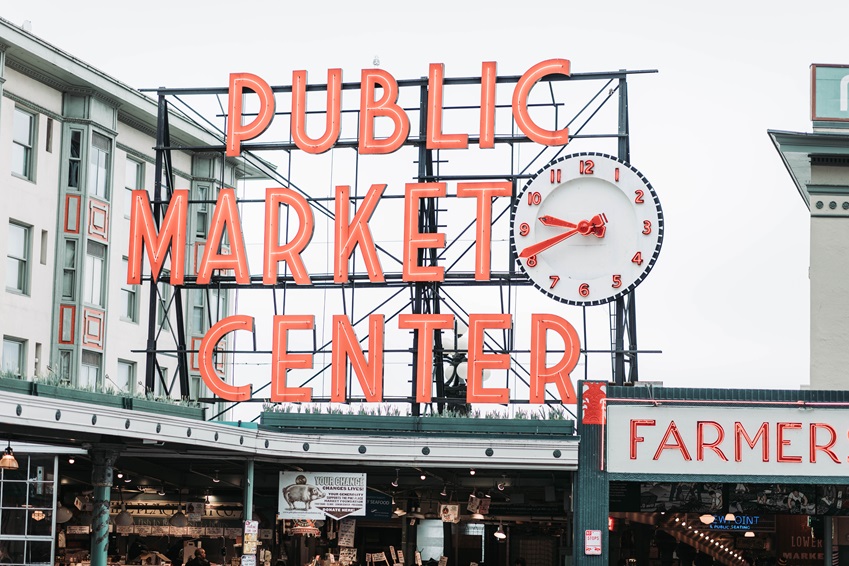 Beneath the brass pig and subway tiles is a maze of shops, restaurants, and wooden floors. These are some of the most unique shops in the market, many of which receive less traffic than their upstairs neighbors. Emptier halls and everything from magic stores to jewelry and celebrity memorabilia mean you’ll have more time and space to explore the market’s every nook and cranny--before you surface for some freshly fried mini donuts or infamous fresh Seattle Chowder.

One of Seattle’s most unusual attractions, the underground tours are as off the beaten path as it gets. They’re also the best way to get up close and personal with pieces of Seattle history that often go unremembered. Most don’t know that the Seattle of today is actually a rebuild. Seattle was originally built on soggy tideflats prone to flooding, or, really, disasters of any kind.


The Great Seattle Fire of 1889 ultimately ruined the “old” Seattle that occupied 25 square blocks surrounding what is now Pioneer Square. Rather than start from the ground up, the city instead built retaining walls on either side of the old streets, filled in the gaps, then paved over it all, creating a fresh new framework on which to build Seattle as we now know it. Tour operators walk groups through these underground passageways, which tell a unique story of Seattle’s past, complete with the architectural details you’d expect of the late 1800s.

In Seattle travel guides, you’ll likely see pages written about Capitol Hill, Ballard, West Seattle, and downtown. But the Seattle way of life is actually strongest in Fremont. Situated just north of downtown, Fremont brushes up against the aforementioned Gas Works Park, meaning this neighborhood also enjoys a unique vantage point of the city. Because it overlooks the canal that connects Lake Union with the greater Puget Sound, it's also a quaint gateway to the Ballard Locks and the fish ladders you’ll find there, and that alone is quintessentially Pacific Northwest.


Though great views are common in Fremont, it has so much much more to offer than its location on the sound. Hip eateries, bohemian boutiques, some of the city’s best craft breweries and quirky outdoor sculptures have dominated the neighborhood in recent years, making this a hotspot for Seattle’s more arty residents. In addition to the brick and mortar, Fremont also hosts a Sunday market filled with art, antiques, and food trucks. If you do make it to Fremont, be sure to pay a visit to the Aurora Bridge. You won’t want to miss the troll that lurks there.


Seattle is a city of plenty. You won’t ever wonder if a visit is worth it, because you’ll know that this city has more to offer than the panoramic views atop the Space Needle’s observation deck. All cities have their secrets, and Seattle is no exception. See the Seattle top attractions near Motif Seattle, but also save time for the lesser known stops along the way that can only elevate your experience. That’s how you’ll develop a true passion for this city, one that will keep you coming back in search of even more under-the-radar hotspots.