Seattle is a summer city. It’s a city where rooftops and patios become standing room only and the long, golden hours are as enchanting as the sun setting over Lake Union. These are the days when Seattleites come out to play, and with them the most compelling festivals and events of the year.

To many travelers, a destination is only as good as its festivals and events. Fortunately, Seattle finds a reason to celebrate no matter the season, no matter the cause. During the summer, Seattle celebrates everything from food and beer to music and maritime history. Discover the top five must-do Seattle events of the summer, each within reach of Motif Seattle.

Celebrate all things Seattle and seafood at Ballard Seafood Fest. A Ballard tradition since 1974, Seafood Fest is a free event that always kicks off the weekend following July 4. This event has become one of the most popular Seattle summer festivals for a reason. Music, food, arts, crafts, and more take over the streets of Ballard for this unique Washington State event. 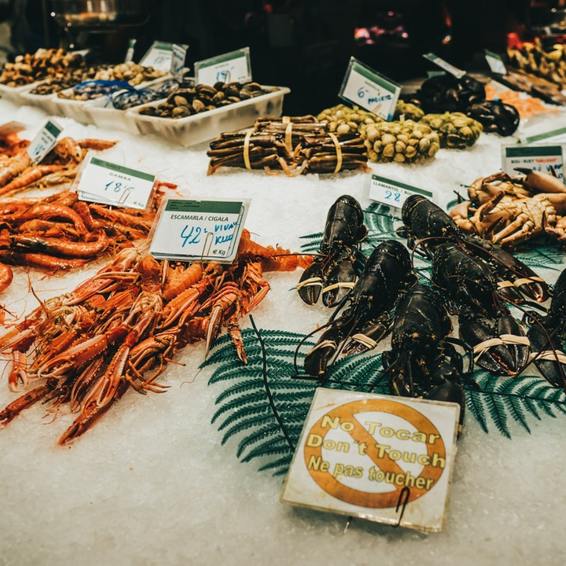 Dig into the traditional salmon barbecue in honor of the neighborhood’s Nordic roots or enjoy other local seafood favorites like alder-smoked salmon and the crab shack. Once you’ve had your seafood fix, hit the beer garden, peruse goods from area artisans, and discover your new favorite local bands.

Take a sip of the local craft beer scene at the Seattle International Beer Fest. Known as a pioneer in the craft beer world, Seattle has a lot to say for itself when it comes to the brews. Yet this fest is bigger than just the Pacific Northwest. Vendors at this event collectively pour over 200 different varieties of beer from around the world.

Enjoy tried-and-true classics like pilsners and pales, or develop a taste for more exotic, hybrid brews like barrel-aged hoppy farmhouse sours. With a broad range of food, beer, and attractions, this fest really does have something for everyone--even if it’s just a view of the Space Needle in the sun.

Immerse yourself in three days of live music and merriment at Capitol Hill Block Party. Billed as “the best weekend of the summer,” this annual event welcomes both big-name artists and niche up-and-comers. Alt music connoisseurs and pop fanatics alike will love this music festival’s many stages and attractions scattered throughout the streets of Capitol Hill.

More than just music, Capitol Hill Block Party is also looking out for the food and culture buffs. Food trucks and beer gardens make an appearance here, as do free events like an artist panel, a skate competition, and yoga/workout experiences.

Take a break from the Block Party and head to the Seattle Center for the annual Bite of Seattle. This event sees the Seattle Center overcome in a swarm of canopies and hungry crowds eager to try fresh Seattle flavors. Though some of Seattle’s best restaurants set up shop here, admission to the festival is about more than just eating.

Jam to over 90 live bands. Embark on a craft beer and cider tasting. Sample the many food vendors. Be the ultimate spectator at live cooking demos and cook-off battles. Enjoy all this and more at one of Seattle’s most lively summer spots: the Seattle Center.

Discover the true spirit of Seattle at the Seafair Torchlight Parade. Since 1950, thousands of spectators have gathered for this parade through downtown Seattle. Now in its 70th year, the parade celebrates Seattle in all its glory, including the diverse cultural backgrounds and traditions of its people.

This parade is free and open to the public, but reserved seating is available for purchase. Sit back as over 100 parade units march, float, and dance from the Seattle Center to South Washington Street. Don’t miss the beer garden at nearby Westlake Center, an ideal place to spectate.

For most of us, summer can’t come soon enough. Once the cloud cover rolls away and the sun appears in its place, we’ll all be making the most of the extra daylight hours to experience Seattle at its best. Discover summer in Seattle by way of Motif Seattle, where the area’s best events are all just steps away.