Look up the “Seattle” geotag on Instagram and you’ll find that no one capture is like the other. From crystal-clear cityscapes to glam portraits, you’ll stumble across something new with every scroll. But one thing many of these snapshots will have in common is the landmarks that feature in every frame.

Though the Space Needle may be the most popular of these, it’s only the first of Seattle’s many Instagram-friendly landmarks. Seattle truly has it all. From cozy coffee shops with just the right vibe to hills, buildings, and views that defy description. Take a peek at our eleven favorite Seattle points of interest that make for highly Instagrammable moments. 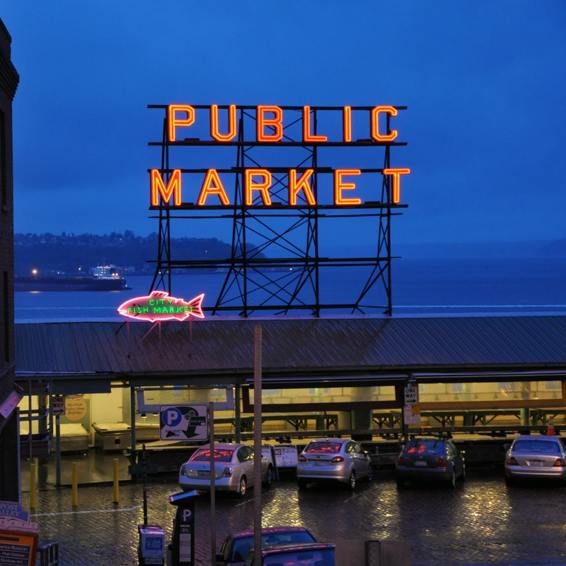 If the Space Needle is the reigning king of Seattle backdrops, Pike Place Market is the queen. Many a picture has been taken with the market’s iconic red neon sign. But if you ask us, the most Instagrammable gems are actually inside the market.

Purchase a bouquet of fresh flowers and snap a photo on the brick streets outside. Hop atop one of the market’s brass pigs. Snap a photo in front of Seattle’s famous fish mongers. Or memorialize in photographic form your own wad of gum on the market’s famous Gum Wall.

This must-see for locals is often missed by tourists, which is why it’s an ideal location to showcase your trip to Seattle. Nestled at the foot of one of the Queen Anne hills, Kerry Park is one of the best overlooks of the Seattle skyline.

Here, you can enjoy a quaint and quirky Seattle neighborhood while also taking a photo alongside, you guessed it, the Space Needle. Marvel at this uninterrupted perspective on the city with views spanning all the way from the city to the bay.

Seattle may not be known for its rooftop bars, but it should be. Frolik Kitchen + Cocktails has one of the best. Located on the 5th floor of Motif Seattle, their signature rooftop is as Seattle as it gets. Although, the restaurant actually has more to offer your Instagram feed than a remarkable view of downtown.

Cozy fireplaces and twinkling overhead lights are the things of Instagram dreams. Throw in a craft cocktail, Pacific Northwest-inspired cuisine, and unique seasonal events, and you’ll have plenty of reason to whip out your phone and capture these one-of-a-kind Seattle experiences. Be sure to share them all on Instagram at @frolikseattle.

Created and operated by the Seattle Art Museum, the Olympic Sculpture Park offers photo op’s at every angle. This park is free, open to the public, and includes both permanent and rotating art pieces, making it unique to other parks of its kind throughout the United States.

Covering 9 acres, this park’s most Instagrammable moments are both the sculptures and the bay. Sculptures like the red-painted Eagle and Eye Benches I, II, and III are attractions in their own right. But the Olympic Sculpture Park also gives way to a small stretch of beach overlooking Elliott Bay, making it the perfect place to get closer to the Puget Sound. 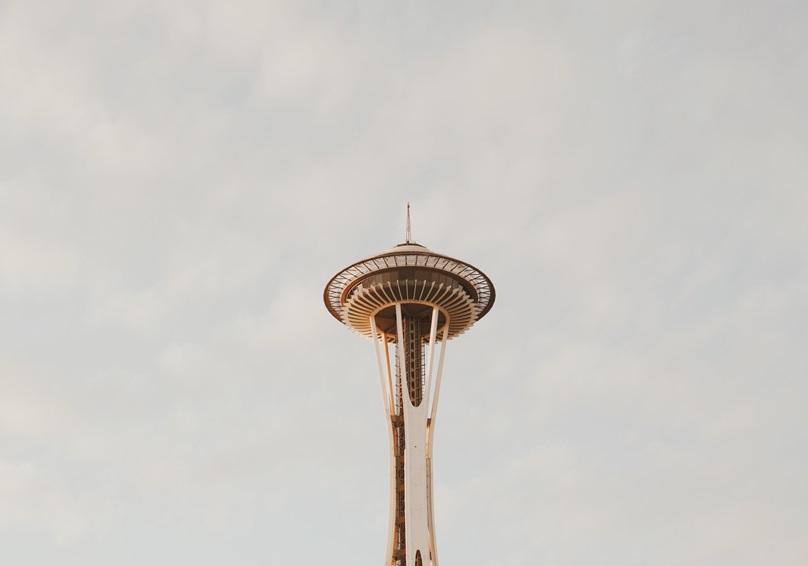 Though the Space Needle needs no introduction, its true Instagram value is not what you think. While most Seattleites haven’t actually gone up in the needle, you should. This is where you’ll encounter what may be the most photographable view in Seattle.

From 605 feet up on the observation deck, Seattle will unfold below you. Take in the buildings, streets, and swathes of Elliott Bay that make this city so unique. This 360-degree view of the city is unmistakably true to Seattle, which is why you’ll want to add it to your Instagram feed.

There’s a creature that lurks beneath an overpass in Seattle’s edgy Fremont neighborhood. It’s not as creepy as it sounds, but it is a compelling addition to your camera roll. This creature is actually a sculpture of a troll crafted by four local artists in late 1990. You may also recognize this from the beloved 10 Things I Hate About You.

Almost 30 years later, the troll is a Fremont destination all its own. You can perch in or atop a hand, “pick” his nose, or simply stand in front of this impressive artistic marvel. Whatever pose you choose, be sure it’s as unique as the troll itself.

Though many structures have since outgrown the tower, the view from the observatory and bar is still relatively uninterrupted. From the Smith Tower, you can snag a picture of Seattle’s other impressive skyscrapers, as well as Elliott Bay and The Great Wheel. 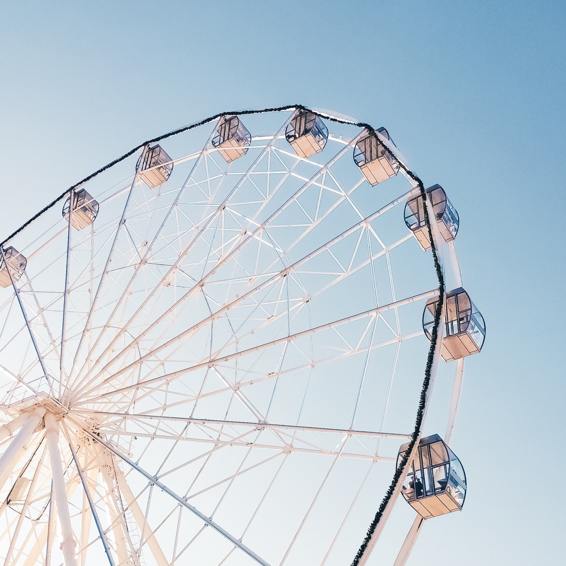 Reaching 175 feet, The Great Wheel was the tallest Ferris Wheel on the West Coast at the time of its construction in 2012. Though it was surpassed in 2014 by Las Vegas’s High Roller, the Great Wheel still serves up a new and unique photo opportunity with every turn.

Look out over Elliott Bay, back down Alaskan Way, or up over the city from one of the wheel’s gondola. Each gondola can fit up to eight people, so while you may be vying for the best photo location, you’ll also have all the space you need to set up a good shot.

Formerly known as the Experience Music Project, the Museum of Pop Culture (MoPOP) is both an intriguing landmark and an enduring educational space. Founded by Paul Allen in 2000, this space celebrates popular culture and the transformative role it plays in people’s lives. But if you aren’t into MoPOP for the contemporary cultural breakdown, you’ll be into it for the photo op.

The metallic, multi-colored building almost shifts hues as the sun crosses the sky. Add in the building’s wave-like exterior, and you’ve got a structure that looks a little different from every angle. Snag a photo or two... or three outside MoPOP, then go for a stroll throughout the rest of the Seattle Center.

Though these Seattle points of interest are among our favorites, Seattle’s Instagrammable moments are all but endless. Warming cups of coffee, drippy scoops of ice cream, and fresh plates of seafood are all photo ready. From Motif Seattle, set out by foot to see what Instagrammable moments you stumble upon. We promise there will be plenty.