Seattle is a dynamic destination all its own. Yet no summer vacation itinerary would be complete without Seattle ferry day trips. The ferry network sets Seattle apart from other cities. There are few other places in the world you can travel by boat to a new destination almost on a whim.


But ferries are as much about the journey as they are the destination. As you leave the city, you’ll have an uninterrupted view of the Seattle skyline. As you sail, you’ll catch a glimpse of the Olympic Mountains. As you dock, you’ll find yourself in a new locale of your choosing. 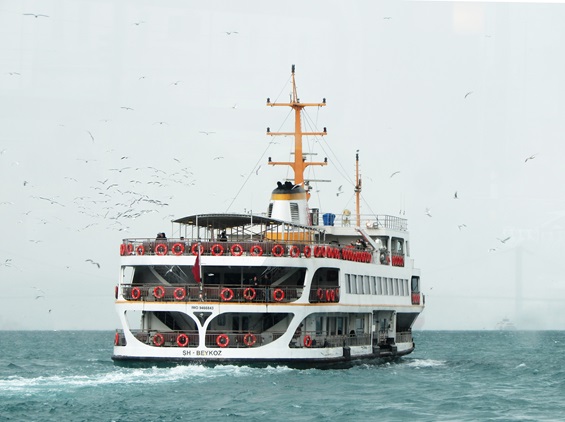 Discover four of the best day trips from Seattle to Pacific Northwest towns (plus one just north of the border) that will only enhance your getaway to the Evergreen State.

The Seattle to Bremerton ferry is one of the most frequent ferries out of Alaskan Way. It’s also one of the cheapest; a round trip ride costs less than a movie ticket, making it one of the most bang-for-your-buck trips. A Navy town, Bremerton also offers a unique take on sightseeing.


The ferry docks near Harborside Fountain Park. Many of Bremerton’s best eateries are clustered around this park so you won’t have to venture far to find lunch. The Naval shipyard is also nearby, with permanently docked ships like the USS Turner Joy. Tour the ship or  stroll along the blocks near the water and peruse the many local shops and galleries.

Catch a ferry from Seattle’s Pier 52 and you’ll find yourself on Bainbridge Island in just 35 minutes. You’ll depart with views of the Seattle skyline behind you as the Puget Sound unfolds before you. Though the island itself is best explored by car, the town of Winslow is within walking distance of the pier.


In Winslow, you can rent a bike or meander around the town by foot. Shops, cafes, galleries, and restaurants abound in Winslow, each adding to the small town charm. Bainbridge Island is also home to many parks and public spaces, so this is definitely the place to picnic on a sunny day.

On the Kingston ferry from Seattle’s Pier 52, you can cross the sound in just 40 minutes. The ferry itself pulls into Appletree Cove. Imagine a quintessential Pacific Northwest harbor, and Appletree Cove is it. Venture into Kingston for even more views and experiences.


In Kingston, mouthwatering meals are never more than a few minutes away. Dig into crepes, ice cream, pizza, craft beer, and more, all within steps of the ferry. If the sun is out and the sky is clear, stop by Saltair Beach Park for a stroll on the sand with clear views back over the Puget Sound.

At just over three hours, the trip to the San Juan Island is one of the longer Seattle ferry rides, but it’s still well worth it. Though the San Juan Clipper isn’t technically  a ferry, it still provides direct transportation from Seattle’s Pier 69 to Friday Harbor, WA, the main ferry terminal for the San Juan Islands.


The San Juan Clipper offers whale-watching excursions in addition to the ride, so for that reason the trip may be well worth it. But the San Juan Islands showcase Washington State at its best. Meander around Friday Harbor’s many museums, galleries, antique shops, and bookstores. You can also explore the marina and even buy fresh seafood.

Pay a visit to our neighbor in the north by hopping aboard the Victoria Clipper (again, not exactly a ferry but more than worth the ride). In under 3 hours, you’ll find yourself transported to not just a new locale, but an entirely new country. The clipper drops off in Victoria’s Inner Harbor, so you’ll start your Canadian adventure right in the heart of the town.


Nothing compares to a full day on the water, especially one that begins and ends in an exciting new destination. In Seattle, a ferry terminal is more than a transportation hub. It also acts as a gateway to more adventures than you’d expect from a big old boat. Stretch your summer vacation that much further by discovering just how many places a ferry can take you.


Discover Seattle
Make Our Destination Yours
Destination Hotels.com
View All On Map