4 Reasons Why Spring in Seattle is Underrated

If you’re looking for a city that screams spring, Seattle isn’t it. Drizzle can fall well into June (and sometimes even after), making sunny skies rare but precious. While you may see the sun, you can’t expect to come to Seattle to get a tan. You can, however, expect to experience the food and festivities that are oftentimes a product of the rain itself.

Though cloud cover is a mainstay in Seattle skies, in spring that can work in your favor. Travelers don’t often consider the Pacific Northwest for their spring vacations. Their loss is your gain. Shoulder season rates are often a little easier on the wallet, meaning you can stretch your getaway that much farther by seeing and doing more.

The moisture in the air means Seattle is home to as lush a landscape as any, and along with it many seasonal events and attractions that will allow you to take in the sights without the crowds. Discover why spring in the Puget Sound is one of the region’s most underrated seasons.

Washington is called “The Evergreen State” for a reason. Its mountains and rolling hillsides are blanketed by evergreen trees, many of which make an appearance in the city itself. Though fir and pine really are everywhere, most people don’t realize that the Seattle area is also home to vibrant flowers and distinctive deciduous trees, too.

Seattle’s streets are actually lined with them, so strolling down the sidewalks on even a drizzly spring day is actually quite enchanting. But it’s the blossoms that you won’t want to miss. The University of Washington is known for their breathtaking pink and white cherry blossoms. 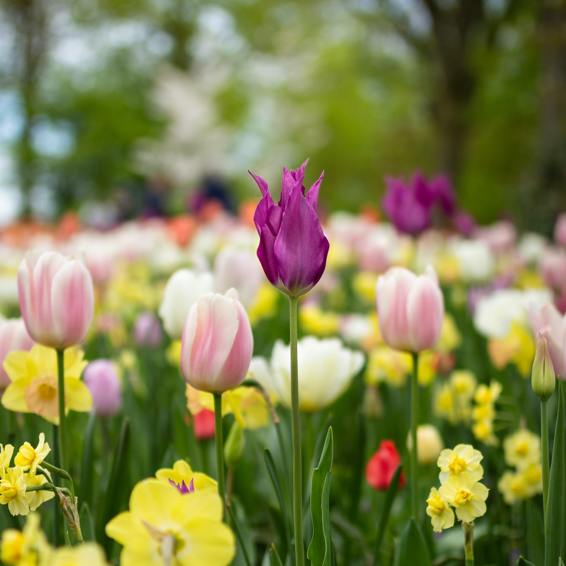 Around the third week of March, these blossoms transform the campus into a spring sanctuary unlike anywhere else in Seattle.

Venture a little further from the city to Skagit Valley. There, you’ll find rows and rows of colorful tulips that rival even those in the Netherlands. In the spring, there’s no better photo op in the whole state than frolicking through these endless rows of flowers.

Come spring in Seattle, the local event scene will just be hitting its stride. Though it’s easy to assume that spring is the time to be in the city, the truth is that Seattle’s most unique events take place between March and June. Locals know this, but few travelers are aware, which is why you’d do well to focus on spring for your Seattle travel.

Attend the world’s largest comedy/variety festival, Moisture Festival, which runs for four weeks throughout the spring. Celebrate spring blooms as the Skagit Valley Tulip Festival. Witness the Daffodil Festival as it meanders through not one, but four, cities. Or get up close and personal with the past, present, and future of Seattle’s unique working waterfront at the Seattle Maritime Festival.

Seattle offers some of the best whale watching in the contiguous United States. Whales often make their way into the Puget Sound, and can be seen surfacing around the Seattle area. Though seeing a whale by simply perching beside Elliott Bay is unlikely, you can hop on the Kingston or Bainbridge Island ferries and let fate take the whale-watching reigns.

Gray whales are seen in Seattle in April, and sometimes as early as March, while orcas don’t begin to appear until May. Many tour companies offer guided whale watching expeditions. These may be your best bet to catch a glimpse of these majestic ocean giants as guides often know the spots these animals are most likely to appear.

Craft beer and coffee have both had a renaissance in Seattle. But don’t think Seattle’s foodie spirit ends there. Home to cuisine from around the world, Seattle puts its best multicultural foot forward at restaurants in and around the city. Though these restaurants are open year round, Seattle hosts events in the spring that put all these eateries in one place so you can sample a little bit of everything. 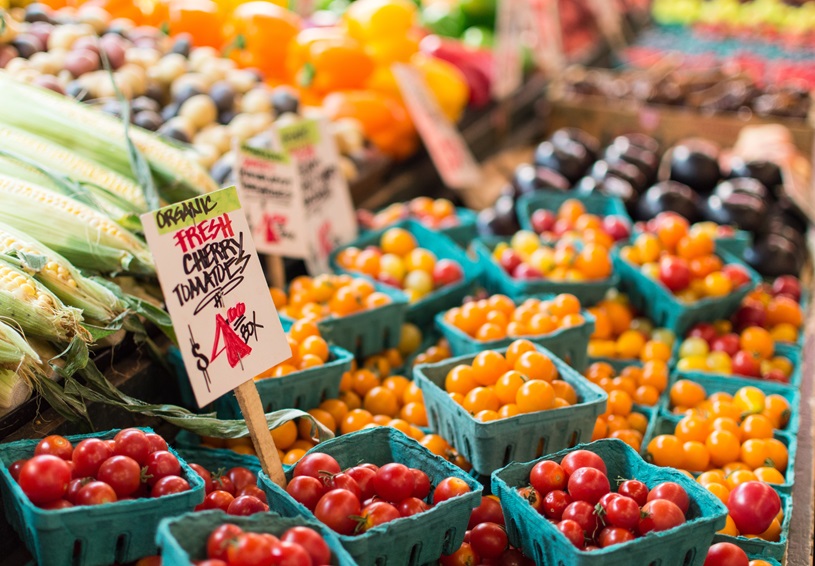 Local Saturday markets in Ballard, Edmonds, West Seattle, and Pike Place offer up the freshest local produce and handmade treats. The Taste of Washington welcomes over 235 wineries and 65 restaurants. And if these attractions aren’t enough? May is the season for Copper River salmon, making it an ideal time for seafood connoisseurs to make a stop in the city.

Seattle in the spring is a playground for those brave enough to weather the rain. After all, the rain isn’t all that heavy come March and April. At least, nothing that a light rain jacket can’t fix (remember, locals don’t use umbrellas). Throw on a jacket like the Seattleite you always wanted to be and experience everything Seattle has to offer in the spring. You might find a new favorite time of year out here in the Pacific Northwest.

Local Area
Make Our Destination Yours
Destination Hotels.com
View All On Map