The History Behind Hotel De Anza In San Jose

Like jazz itself, Hotel De Anza’s beginnings were collaborative and energetic.

A First for San Jose

San Jose’s most iconic hotel traces its roots to The Roaring Twenties.

New styles of music, dance and dress were emerging, and a new side of San Jose was ready to emerge as well. At the time, the town was known for its cherry and plum orchards, not as a travel destination, but a group of local business leaders known as the West Santa Clara Development Association set out to change perception. By building a “first-class hotel,” the collective hoped to attract conventions and their attendees to the scenic rural valley.

In the beginning, the new accommodations were to be known as “The San Jose Hotel,” before ultimately being given the name “Hotel De Anza,” a nod to explorer Juan Bautista de Anza, who discovered the Santa Clara Valley in 1776.

The architect of the endeavor, H.H. Weeks, designed a 144-room hotel to be built at a cost of $505,000. Partnering with builder Carl Swenson, the construction of the ten-story building was completed in just one year.

The hotel was designed in Art Deco style. The rich colors, bold geometric shapes and lavish ornamentation radiated luxury, glamour and progress, everything the hotel was built to represent.

Throughout the 1940s, Hotel De Anza continued to be one of the hottest places to stay and be seen in San Jose. The Tap Room became a popular destination for couples who wanted to waltz and jitterbug to a live orchestra. But the music wasn’t confined to the dance floor.

The top floor of the hotel became home to one of San Jose’s most popular radio stations. United Broadcasting's KEEN Radio made its inaugural broadcast from the Hotel De Anza on June 21, 1947. The first broadcast featured comedian Red Skelton, and was followed by a celebratory reception.

As the legend of Hotel De Anza grew, two of its most distinctive features literally became San Jose landmarks; the glowing rose neon moniker atop the roof, and the Diving Diva.

The 25-foot inverted diver, lovingly nicknamed The Diving Diva, has adorned the hotel's west-facing exterior since 1951. The art was originally splashed across the hotel’s façade to promote its heated outdoor pool. The image became so synonymous with the Hotel De Anza experience, the Diving Diva has stayed, even as the original pool has gone. A smaller version of art was later replicated on the fireplace chimney in The Hedley Club.

By the 1970s, after half a century of entertaining guests, the hotel had begun to show its age, and there was talk of demolishing the landmark. In the end, the San Jose Redevelopment Agency fought to save the building and arranged for its reconstruction. After reviewing several proposals for the hotel's redesign, in 1989 the agency awarded the renovation project to Barry Swenson, grandson of the original builder Carl Swenson.

The hotel was recognized as such a significant part of San Jose’s identity, and was added to the National Register of Historic Places in 1982.

In 2015, the hotel completed a major renovation of its guest rooms, meeting spaces and common areas, yet the hotel has retained the Art Deco charm and Jazz Age energy that made it famous.

The rose neon still glows atop the roof, and the diva can be seen diving from West Santa Clara Street. As a continued favorite of pop stars and politicians, the hotel is a place full of music and life. 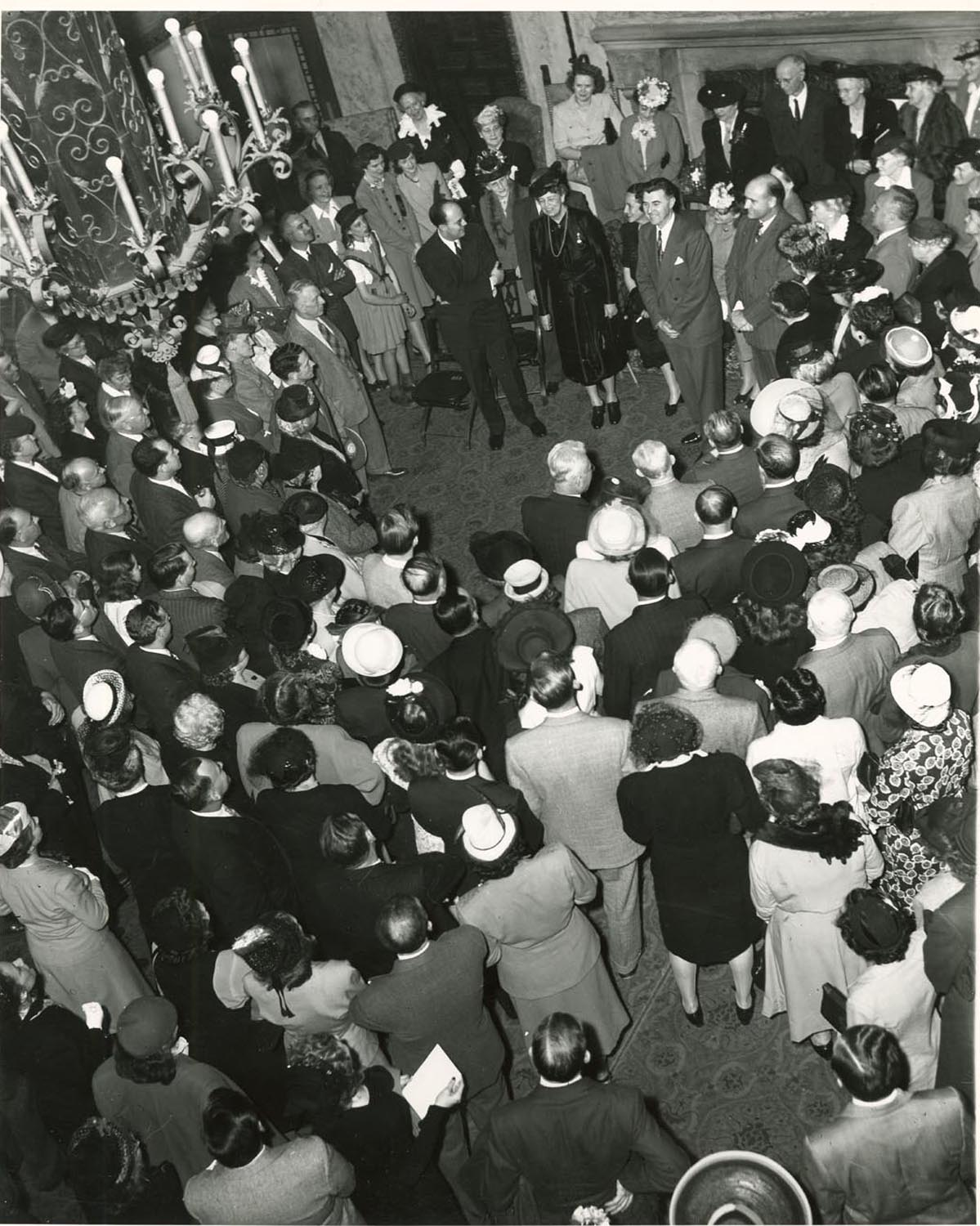