Maui visitors who call Wailea their second home owe it to themselves to explore outside the manicured community landscape...

and discover what lies beyond the end of Makena Alanui Road. Out past Āhihi-Kīnaʻu Natural Area Reserve and Makena Stables, lies La Pérouse Bay, named after Jean François de Galaup, comte de Lapérouse, a French scientific explorer and the first foreigner to land peacefully on Maui's shores. While many will venture as far as Big Beach, (and weigh in on whether the roadside food truck is worth the stop), it's out past La Pérouse Bay where the harsh reality of heat and lava flow from once upon a time, begin to sink in. The jagged black rock contrasted against the verdant green slopes of Haleakala and the aqua blue ocean waters is a sight not seen without a sense of adventure, and a sturdy pair of walking shoes.

For a 3 - 4 mile out & back hike and a dose of scenery unlike any other, drive to the end of Makena Alanui Road and park in the small gravel lot at the ocean's edge. While it probably goes without saying, necessities on this short trek require a camera, sunscreen, water and a snack -- while the distance may seem moderate to most, the rocky trail and photo ops take longer than one might expect. The Hoapili Trail (also called the King’s Trail) along the ocean is easy to find, and begins easily through the shade of wind worn Kiawe trees. About a half-mile in, the trees clear and the trail becomes lava-rocky. Careful footing required.

Scenery is expansive. Views out toward the ocean give us a new perspective on the familiar Wailea views of Molokini and Kaho'olawe. Side trails lead out to small beaches and favorite fishing holes for an ambitious few, and watching carefully, hikers may catch a glimpse of a goat or two.

It’s difficult to say what we find most extraordinary about this place, and to say the coastline is rugged is an understatement. There’s an underlying sense of an ancient period in time, archaeological clues in partial rock walls and structures (heiaus, or sacred spaces) to Hawaiian ancestry and culture. Our destination and turnaround point is the western point of Cape Hanamanioa, a place to stop, rest and marvel at such unique natural surroundings, olavine pools, crashing waves and stacks of white coral.

For nature lovers, hikers and photo buffs, this side of Maui doesn't disappoint. Visitors may even find a deeper understanding of early Hawaiian's “sense of place,” found only on foot, and only on Maui.

For more information on The King’s Trail, Āhihi-Kīnaʻu Natural Area Reserve and other adventures, visit Discover Maui, or contact our Front Desk Concierge, 808-874-0811. 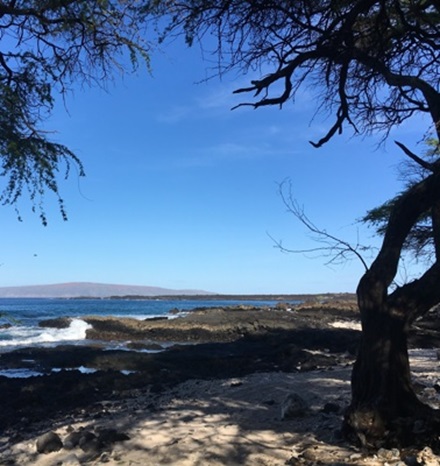 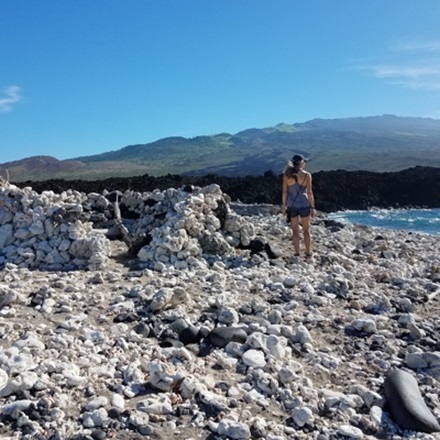 Marveling at views of Haleakala.
Make Our Destination Yours
Destination Hotels.com
View All On Map