Whether they are creating exciting new restaurant dishes or dreaming up festive ideas for special events in Isle of Palms, you can clearly see the passion our Coastal Provisions team has for food. Not only that, each experienced member of our staff takes great joy in creating memorable moments for our guests. 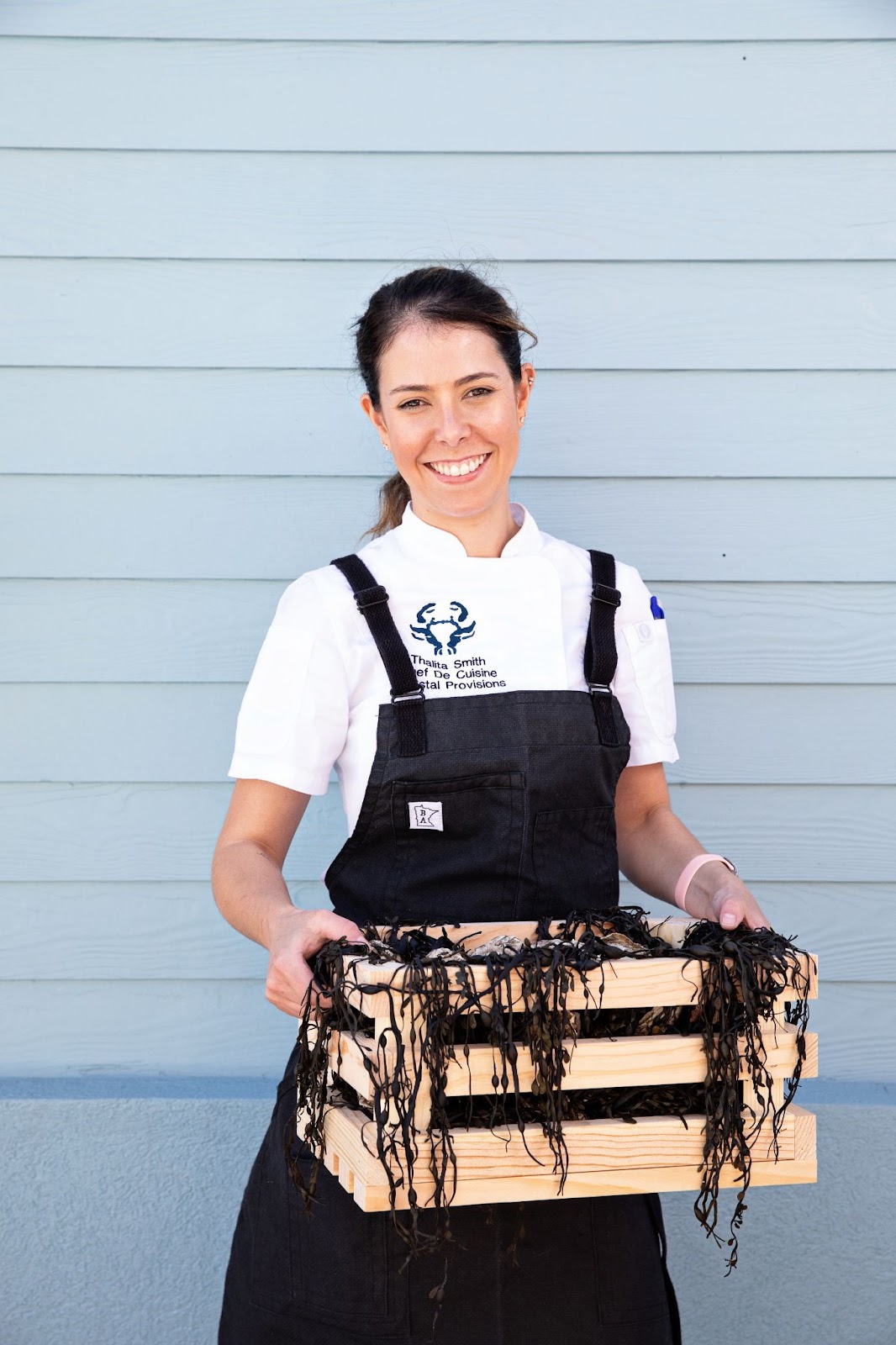 Born and raised in Brazil, Chef Thalita moved to the United States in 2012 and began her career as an culinary apprentice at Mount Washington Resort in Bretton Wood, New Hampshire, where she worked for a year in the Stickney’s Steakhouse. Chef Thalita made her next career move to Philadelphia and began working for R2L Restaurant as sauté station commis and was quickly promoted to Junior Sous and eventually Sous Chef during her six years.  Needing a change, Chef Thalita opted to direct her career path on a different style of food preparation, one that was more intimate, stylized and food-focused. Chef accepted a line position at Laurel in Philadelphia, chosen because it was small, technique driven, with a creative tasting menu. After her first year at Laurel, the Chef-Owner, Nicholas Elmi created a Sous Chef position for her, where she remained for another year and a half. After a short stay at Kimpton Hotel Monaco in Philadelphia, Chef Thalita decided to move to Charleston and join the Wild Dunes Culinary team as the Chef de Cuisine at Coastal Provisions. Chef Thalita enjoys showcasing ingredients prepared in different ways within a dish, making people happy, creating memories and building relationships with her team and guests. Chef Thalita’ s favorite style of food is Brazilian because of the memories, family and fun times, Thalita is fluent is both Portuguese and Spanish.