Skip to content
Celebrating 45 years with the Johnston family!

View the history of Christiania at Vail, a collection of premier condos plus a Vail mountain family hotel.

1960’s
Vail was just getting started in the 1960’s. Unlike many of the other newly formed ski resorts in the Colorado Rockies, Vail was established due to the caliber of the mountain rather than for the town that already existed. What once had been a sheep ranch was on its way to becoming a world class ski resort. Ted and Nancy Kindel were some of the first Vail Pioneers moving to Vail in 1962 from Grand Rapids, Michigan. With a population of less than 100 and with no school, doctor or grocery store some wondered what they were doing making this move but they could see the potential and wanted to be a part of building the Vail dream. To build upon their own dream, the Kindel’s built the Christiania Lodge in 1963 – at the time it was the 3rd hotel in the town. As Vail started to grow so did the Kindel’s role within the town, Ted became the first mayor in 1966 and they also became the welcome crew for new residents including Renie and David Gorsuch when they opened their ski shop in the clock tower (where it still is today 50 years later!). Mr. Kindel was also childhood friends with President Ford...check out this cool article from the Vail Daily regarding their influence in the town HERE.

1970’s
As Vail began to emerge as a world class ski resort, The Christiania continued on its journey as well. The Chateau Christian condos were added to the lodge. In 1976 Paul and Sally Johnston purchased the Christiania. Paul had lived in Vail in the 60’s and opened the Nu Gnu (one of Vail's hot spots. He manned the door every night with a handlebar mustache accompanied by a fishnet shirt, feather boa or painted head) but had left Vail to marry Sally (and raise a family). The itch to “get out west” again was taken care of with the purchase and the family of four moved into room 300 in the Lodge. A chance encounter with President Ford’s secret service staff in 1976 saved their first season when the secret service and White House communication team stayed for four weeks.

1980’s
A trip to Europe introduced Paul and Sally to the Menzel family, hand makers of Bavarian furniture. Upon their return to Vail they decided to make the Lodge a Bavarian Hotel in honor of the Bavarian feel of the Vail Village. Paul became involved in Vail government and was the town Mayor from 1983-1987. Vail continued to gain worldwide recognition as a ski resort and the Johnston’s were a part of bringing the 1989 World Alpine Championships to Vail (a first for the USA). In 1985, John Everly became the General Manager of The Christiania, a position he still holds today.

1990’s and 2000’s
While the Christiania has retained the family owned Bavarian atmosphere since the 60’s, the Lodge has been renovated multiple times and new condos have been added. Paul, Sally and their sons (John and Michael) continued to run the Lodge and share their love of Vail and provide authentic experiences to all of their guests.

2015
Sadly, on March 16th, Paul peacefully hung up his boots. Paul was a soldier and peace activist, a painter and an author, an art dealer and a Realtor, a cowboy and a bartender, a pilot and a motocross rider, a hospice volunteer and an ecumenical minister. While his passing left a great hole in the heart of many, all you need to do is walk through the town of Vail and you can see his spirit come to life as he was truly one of the great Vail Pioneers. The Christiania remains family owned and Sally and the boys play an active role in the management. In October 2015 they hired Destination Hotels to manage the property thus starting the next chapter for this Vail icon. 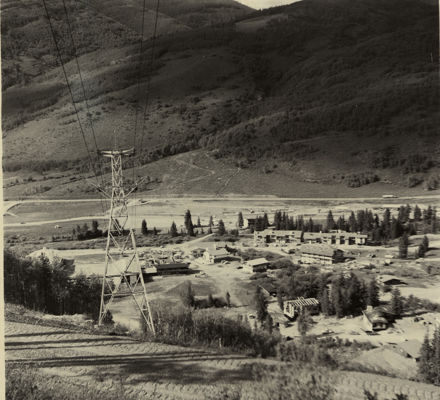