A family owned lodge and Vail treasure since 1976

2021 marks 45 years of the Johnston family owning Christiania-at-Vail, in Vail Village, Vail, Colorado. Built by Vail pioneers Ted & Nancy Kindell in 1963, the Christiania Lodge was Vail’s third hotel. It’s a boutique hotel from the days when that was all there was in Vail!

Paul & Sally Johnston purchased the Christiania Lodge in 1976, moving their growing family into room 300, and ultimately giving it the Bavarian feel that still exists today. Much of the furniture was made by the Menzel Family, makers of Bavarian furniture in Germany. The Lodge is still owned by the family today (though they no longer live in 300), and though Paul passed away in 2015, Sally and her two sons play an active role in the management.

“Some of my fondest memories of owning Christiania Lodge are my boys riding their tricycles up and down the halls. Sometimes, they would help with the laundry or housekeeping in exchange for ice cream. Kids from all over Vail Village would come over to swim in our pool. Aside from raising my own family in Vail, I’ve watched generation after generation of families come back for years. I’ve seen those parents raise their own children here as well, so to speak. Our hotel is a special place with a special place in history,” recalls Sally Johnston.

As Tom Boyd wrote in “Small Acts of Kindness” in 2010, “From their base at the Christiania, which began as a small lodge at the base of a small ski area, the Johnston’s have played a central role in the development of the town. Paul has largely gone publicly unrecognized for his work as mayor and councilman, spiritual leader and philanthropist, and Sally is well-known inside Vail Mountain School circles for her efforts with the school but is rather shy about reveling her accomplishments, even for this article. But, their friends and family say, both of them deserve all the credit in the world.” 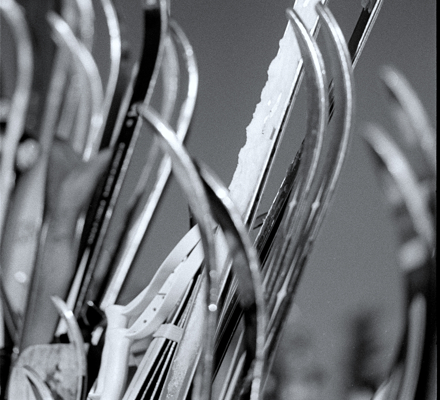